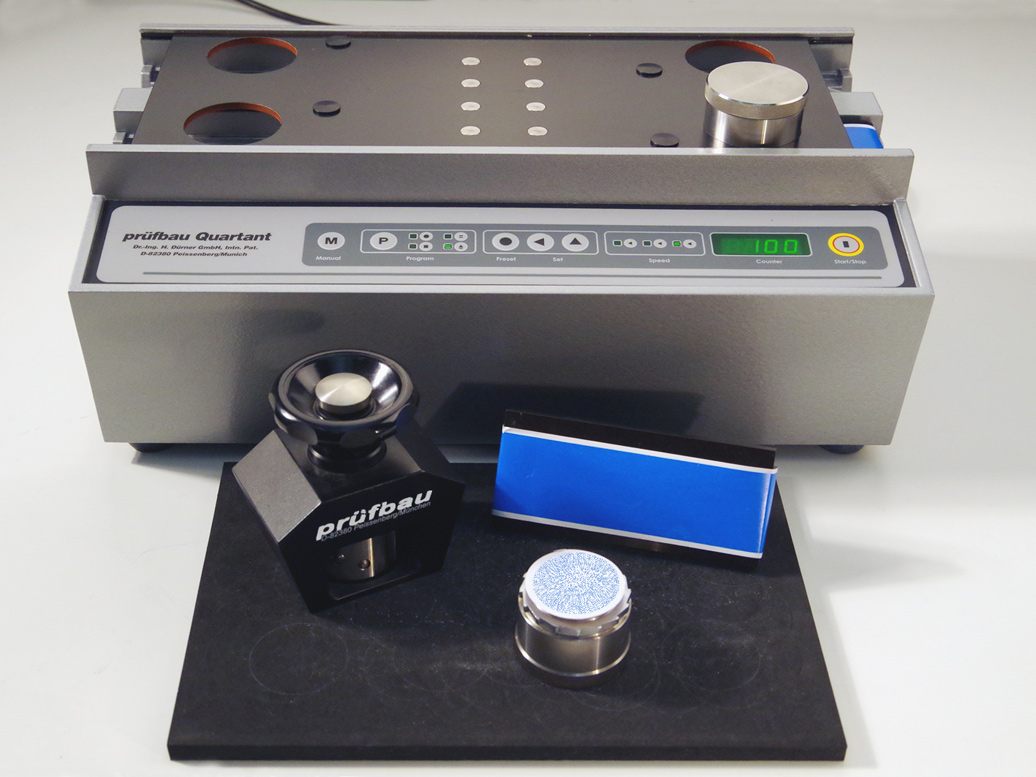 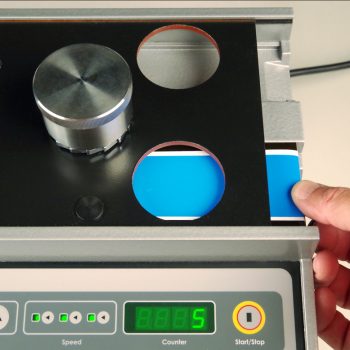 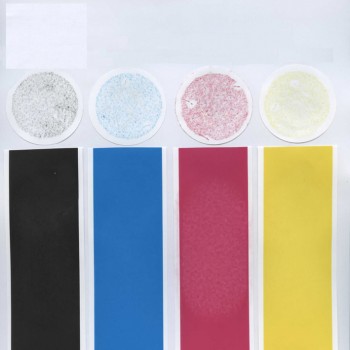 The prüfbau Quartant Abrasion Tester is used in multiple fields of application and has the following advantages:

Four samples can be tested simultaneously. This makes it possible to simply eliminate samples which produce diverging results and guarantees a high working capacity.
Samples in the form of small strips, like, for example, those used in printing test machines or waste edge cuttings can be used with this testing instrument. The samples used in the prüfbau Multipurpose Printability Tester, which have a width of 40 mm, can be mounted directly, without further preparations on the prüfbau Quartant Abrasion Tester.

A microcomputer controlled counter system, which switches off automatically and which is equipped with a program repeat button, makes it possible to start the standard abrasion test program again and again by simply pushing this button. Any number of strokes between 1 and 9999 can be selected as standard. Four programs can be saved.

The most important operating elements of the prüfbau Quartant Abrasion Tester are the sample holders, which can be removed from the side, the test weights, which can be inserted from above and the microcomputer controlled counter.

Sample and counter sheet have to be mounted perfectly levelled on the respective sample holders and weights. In the operative position the contact pressure between sample and counter sheet is 0,5 N/cm². The pressure is determined by the weights (prüfbau – industrial standard).
During the abrasion test sample holders and weights carry out a relative motion. While the sample holder remains motionless within the base of the machine, the weights are moved reciprocally over it, rotating slightly at the same time.